As you can see in the IFA 2015 event they are showing some of the best smartphones of 2015, with the help of the leading manufacturers today. But not all the focus is on them, others have their moment of glory as in the case of Acer.

His goal has been none other than present a good range of new products, but in the case of new Android devices coming to replace the current range of Acer Liquid Z, even more. Starting with the more powerful and larger, the Acer Liquid Z630 contains a 5.5-inch IPS panel with 720p, MediaTek MT6735 quad-core processor at 1.3 GHz, 2 GB of RAM, 16 GB of internal storage, large battery of 4000 mAh, front and rear 8 megapixel camera with wide angle lens. It includes 4G LTE connectivity, Wi-Fi and Bluetooth 4.0 LE and Lollipop with Android 5.1, but Acer Liquid renewed interface of UI too. 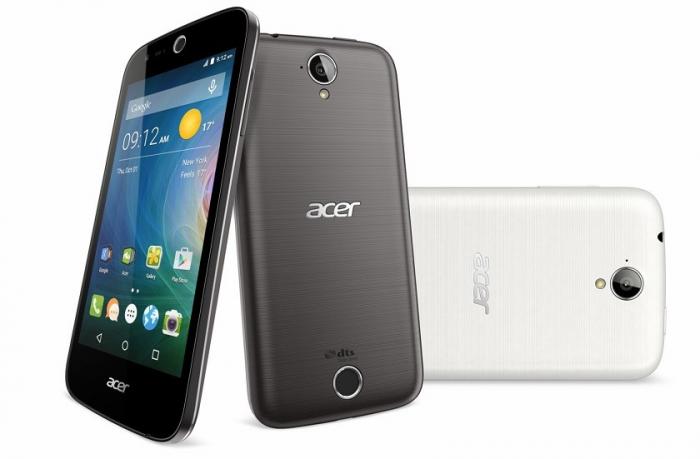 Next we have the more modest Liquid Z530 series with a 5-inch panel of 720p, MediaTek MT6735 quad-core processor at 1.3 GHz, versions with 1 or 2 GB of RAM and 8 or 16 GB of internal storage, battery of 2420 mAh, front and rear 8 megapixel camera along with 4G LTE connectivity, Wi-Fi, Bluetooth 4.0 EDR and Android 5.1 interface also with renewed Acer Liquid UI.

Like the previous one, also it has the Liquid Z530S version, with MediaTek MT6753 processor and eight cores at 1.3 GHz, 3 GB of RAM and 32 GB of internal storage. Both Android terminals of Acer will be available without exact date from September with a price of 199.90 euros and 129.90 euros (Liquid Z630 and Liquid Z530 respectively). We do not know what price difference will be about the ‘S’ models that contain better specifications, even if they will be released at the same time, but hopefully not increase the price dramatically.