Sony Xperia Z2 Tablet is the big brother of all Sony Xperia models presented at the last Mobile World Congress in Barcelona and the Tablet high end model with which they hope to compete in this market.

Snapdragon is the platform for tablets, smartphones, smartbook devices and smartwatches created by mobile technology company Qualcomm. 2.3GHz are high wave amplitude, while the four cores (or quad-core) processors are reflected in the ability of processes that can perform in a given time. It means that it makes four times more processes than a single-core processor and is 75% faster than the S4 Pro. Power with asynchronous energy control. 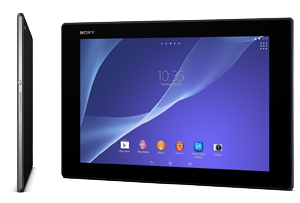 It’s a tablet with a large screen, the same size as virtually all his rivals, but with less HD resolution X-Reality image engine in comparison. Includes LED Live Colour, the technology used by Sony to give greater depth and color gradation

Storage memory is what is called PC hard drive. In this case the 16 GB memory storage capacity to expand up to 64GB by adding a microSD card the phone represent a similar capacity comparing to the other tablets with such as big screen.

In RAM are loaded all the instructions that processor executes, so the more GB you have the better. In this case Sony Xperia Z2 Tablet RAM is above average, and this makes it very powerful. 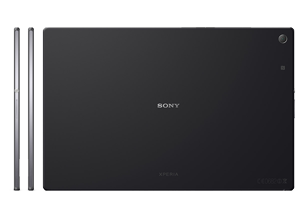 Sony Xperia Z2 Tablet camera is quite similar in terms of size to the concorrence, but stands out for its sensor Exmor RS capable of taking pictures with little noise, even in low light conditions.

These are all the types of connections it supports. 4G indicates that this mobile uses a system and a fourth-generation network, converging wired and wireless networks, including Wi-Fi or Bluetooth. With One-Touch you can enjoy and share on other devices what you want from your Tablet.

In addition to these features, Sony Xperia Z2 Tablet has a 266 × 172 × 6,4 size; it’s water-resistant and dustproof; it is a bit lighter than competing models (439g); it has a 6000mAh battery and features the Google Android OS.

In short, Sony Xperia Z2 represents a great success in terms of resolution, camera and screen, but it has excessive frame and we will have to wait and see what is the battery performance, it doesn’t seem enough in relation to its other features.

Check if your Sony Xperia Z2 Tablet is rooted correctly using our app “How to ROOT”.


Remember, you must ROOT your Android device at your own risk.