How to use Spotify tablets on mobile phones

How to use Spotify tablets on mobile phones

Spotify is working hard with its versions for mobile devices. Months ago, the company launched a free version for smartphones and tablets with some limitations compared to the respective Premium versions. Until that time, there were only these Premium versions available, and the only way to enjoy Spotify on our phone was paying the monthly fee.

A few weeks ago, Spotify received an update that completely redesign its style. With this new look, the app has a much darker theme that highlights the music we are playing. The update came with just a few days of difference for iOS and Android devices, thus improving their appearance in both devices.

However, when Spotify offered the free versions for smartphones and tablets, different features were included in each device. In mobile, we can listen to artists, albums and playlists, but only in random mode. Or we can choose a single playlist. In tablet, however, we can hear individual songs from the playlist. 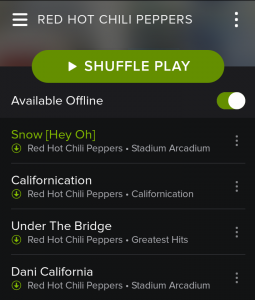 These restrictions can be removed if we have a rooted phone. If this is our case, we can use several modules that once installed on the mobile, the can make believe Spotify that it is running on a tablet, so we can take advantage of the benefits of tablet versions on the phone, such as choosing individual songs from a playlist. The only requirement is to have the phone rooted, since we have to install three modules that require administrator permissions, which can be acquired only by rooting the device.

If our phone is not rooted,we can check the specific instructions for rooting the device depending on your make and model , in a process that doesn’t use to take more than a few minutes. Ones rooted, we need to install the Xposed Framework module. If you do not know how to install an akp file, you can check this short tutorial about how to install an app from an apk file. 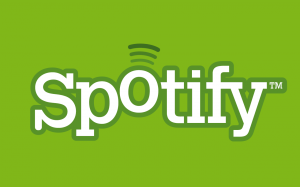 At this point, to prevent Spotify to reload the previous version installed, we must delete the Spotify’s data and cache before continuing. Once we have deleted the cache, we can install the Tablet Settings and App Metrics and follow the same steps that we have taken to install the Xposed Framework. Once both are installed, we just need to enable them and restart the phone.

When the phone has booted normally, we need to go to App Settings and look for Spotify, where we need to access to the advanced settings menu that can be found under the Settings option. There, we need to change the value of the display to “1000×1600” and save changes.

If t we start now Spotify, it will look as it was running on a 7-inch display. This change not only affects its appearance, but also gives have access to the specific functionalities of the tablet version, like playing individual songs from a playlist.

This method may vary slightly depending on the device we have. In some models, it works simply with the Tablet Metrics app, while others also require also the Settings App. Besides, we need to have KitKat to run Tablet Metrics, so before attempting to install it we need to be sure that we have our device properly updated or find an alternative ROM that runs under the KitKat version.