A common problem that we find our devices is the lack of memory. Android uses two types of memory, the memory of the smartphone or tablet and an external memory, the SD card.

By default, all applications that we download are installed in the internal memory, and sooner or later we will have a problem of storage. In that case, we have several options for reorganizing the information downloaded on our Android devices, but it is more practical to just move some apps from the internal memory to the SD card.

How to move an app to the SD

Some applications can’t move as they require to be in the internal memory to run. However, many others can be moved smoothly. This can be done in two ways, either with the options Android gives us or with the help of some external app. 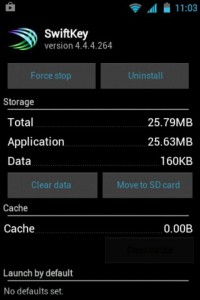 If we don’t want to install any more application, we can easily move some applications from the application list. When we see the details of an app, we will get the option to clear cache (to free the memory), delete data, or uninstall or move apps to the SD card. With one click, the app will move there and automatically, the space in the internal memory will be released.

How to use an app to move to SD card 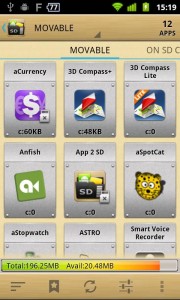 App2SD. It is an application that details which apps we move which ones we can’t. Moreover, for applications that can’t be moved, it tells us why it is not advisable to remove them from internal memory. App2SD also shows the total capacity of both memories and his current occupation. 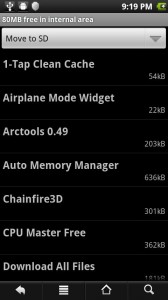 Force2SD. You can move even the default applications that can’t move to the SD card by other procedures, but it requires being root to install and run them. It has a free version and a premium one available for $0.99.